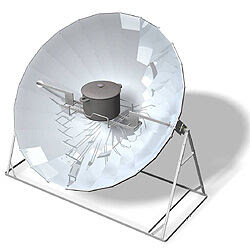 Solar Dish cookers use a parabolic-shaped reflector to direct sunlight to a small area in order to generate heat for cooking. They are able to reach high temperatures, 350 °C (662 °F) or higher, which allows them to be used for grilling and frying. These temperatures are significantly higher than what can be reached by a solar box cookers or solar panel cookers and allow the cooking times on a parabolic cooker to be comparable to a conventional stove, such as an electrical or gas burner.

The amount of food being cooked and the way in which the heat is used is generally dictated by the size of parabolic dish. Smaller dishes, which are generally around one meter in diameter, are intended to heat a traditional size pot or pan much like how you would cook on a traditional cooktop. The larger dishes, which can be as wide as five meters in diameter, are generally not used to heat a pot or pan directly, but instead are used to create steam by directing sunlight onto pipes carrying water. The steam is directed to cooking surfaces in a kitchen and is regulated by valves in order to offer control to the chef.

What can you cook?

Solar Dish cookers generally operate at very high temperatures so they are ideal for frying, grilling, and boiling food. You can also bake breads and other baked-goods in a parabolic cooker. While they don't easily offer slow-cooking capabilities, they can be paired with a retained-heat cooker to prepare foods which call for longer cooking times at lower temperatures, such rice, beans and many other foods.

CHAT US ON WHATSAPP 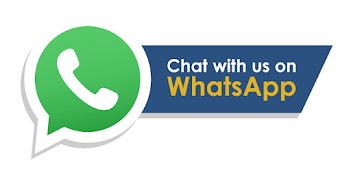